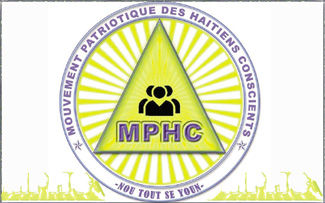 The unification of the Haitian Diaspora, can it be done ? By Judith Portier

Special to HO – A political maverick once said, “The worst thing you can do is to waste an importunity.” The political and social situation in Haiti has degenerated to a point of almost no return, and it seems that the country is moving closer to a revolution. The Haitian diaspora has a great opportunity to play a pivotal role in bringing the country back to order.

That opportunity may be wasted, unless the Haitian diaspora can come together to speak with one voice. Like other communities, the Haitian diaspora in the United States is not monolithic. We have Haitian Americans of all political and social persuasions, but that should not translate into a monolithic belief that Jovenel Moïse’s constitutional term of office does not expire until February 7, 2022. Those who are like me believe otherwise. But despite what we believe in regards to politics, we must agree that Haiti’s need for a stable democratic government is necessary for economic development. A new Haitian Diaspora organization called Mouvement Patriotique des Haitiens Concients, (MPHC) is organizing a Haitian Diaspora Congress in Orlando, Florida. July 15-19, 2021, at the Westgate Resort. You can register at www.unificationdeladiaspora2021.com.

According to the organizers of the event, Dr. Yves Jean and Clément Chrispin, the goal of the Congress is to come out with a resolution that would lead to a new Haitian Federation. This is a lofty goal, considering the challenges that MPHC may face. For one, there is already a Haitian Diaspora Federation headed by Dr. Bernier Lauredan. According to Dr. Lauredan, this organization has been in existence since 2006 and has held an annual Diaspora summit since 2008. The last summit of the federation, he says, was held in Haiti earlier this year, in support of Jovenel Moïse’s constitutional referendum.

Haiti’s best and most reliable source of investment lies with its diaspora, estimated at nearly five million residing mainly in three continents: America, Europe, and Africa. Their asset is estimated at nearly $800 billion ($800,000,000,000.00). To be considered also is that nearly 90% of Haitian professionals work and reside outside of Haiti. To make the Haitian diaspora an integral part of Haiti’s development has been one of our greatest dilemmas. I say a dilemma because Haitian politicians understand the importance of the Haitian diaspora, especially when its members contribute more than $3 billion a year, with their remittances, to Haiti representing one third of GDP, but are also deftly afraid of its competence.

The best advocate for Haiti must be its diaspora, especially those in the United States. The Haitian community in this country contributes much to the United States, both in resources and intellectual capacity. We have many Haitians who are serving, or have served in high positionsin politics and other sectors of society. But they feel reticent to advocate for Haiti aiti because of the complete disconnect they feel with their homeland or that of their parents. Sometimes, some are even asham ed to admit their descendance. On top of it, forget the intransigence of politicians in Haiti and a leadership that, to all purpose, is absent.