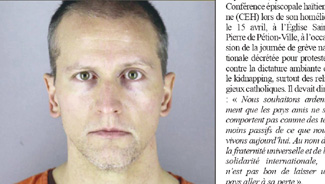 The verdict on the Police Officer Derek Chauvin, a useful analogy

As the whole world awaited today April 20, a verdict on the George Floyd killing that occurred a year ago has been rendered today. The Minnesota police officer Derek Chauvin has been found guilty on three charges. As the Attorney General told us on CNN, at least the principle of accountability — if not of justice (retribution) — has been upheld. In addition, some hours earlier President Biden stated that “It’s overwhelming;” there is no doubt that he meant “The evidence is overwhelming.”

Is there a useful analogy to science here? Yes, an equivalent in the judiciary field of a “null hypothesis,” that is the “presumption of innocence” ― better known as “innocent until proven guilty” ― has just been rejected by a 12-member jury. Pursuing the science analogy, and on the basis of the guilty verdict on three counts rendered against Officer Chauvin, one can say that it is instead the “alternative hypothesis” — I.e., the “not innocent” hypothesis — that has been accepted in lieu of the “null hypothesis.” Very likely, that guilty decision will be appealed, as this kind of counterclaim is also often made by scientists operating within the scientific process. Need I allude here to dialectics, to reminding the reader that we’re witnessing a clash between a thesis (the Officer is innocent) and its antithesis (the Officer is guilty), a clash that may lead to a successful or to an aborted synthesis, whatever that synthesis is?

It’s up to you, the reader, to decide! Whatever you conclude, whether you come up with a correct or an incorrect answer, it will nevertheless be a contributing step towards the search for that always elusive truth.