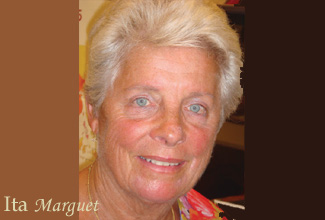 Templars and Freemasonry in Ireland: A brief history by Ita Marguet

It is commonly believed that the Masonic fraternity evolved from a guild of stonemasons during the middle ages.  Over the centuries many people in society became members of those masonic guilds and by the early Enlightenment era, Freemasonry had become purely a social and fraternal institution which preserved the traditions and practices of the original guilds.

Freemasonry is one of the oldest social and charitable organisations in the world, open to those of all backgrounds. Its aim is to allow members to make the best of themselves in society and contribute to the communities around them. It does this by providing structural support to its members. Its spread is seen to be connected to the extensive reach of the British Empire.  It is bible based but has no religious, political affiliation or orthodoxy. Modern freemasonry is usually traced to the formation of the Grand Lodge in London in 1717. While initially an all- male institution Freemasonry has increasingly become open to women through the opening of all-female or mixed lodges. Women are increasingly elevated to the upper degrees of freemasonry and are now elected to serve in the highest ceremonial roles displaying the symbols of masonic insignia and working tools.

A Freemason is described as a member of this international institution established for mutual help and fellowship. Members believe in a divine being based, according to its own writings, ‘on a system of morality, veiled in allegory and illustrated by symbols’ that serve to promote the Masonic principles of integrity, respect and charity. The hierarchal structure with its rigorous ceremonial and related activities are sworn to secrecy about the freemasons’ ritual and intricate forms of induction. The fraternity have a number of coded signals for masonic recognition and greet each other with handshakes that reflect one’s degree and rank. The first three degrees of membership are Apprentice, Fellowcraft and Master before reaching the graduated elevated masonic levels that can often be a long process. Entry to lodge meetings is usually controlled by a member known as a ‘Tyler’.

Templars and Freemasonry in Ireland

By the early eighteenth century Masonic lodges in England, Ireland and Scotland had formed Grand Lodges to govern the fraternity in their areas.  Irish Freemasonry allegiance lent towards the ’Scottish Rite’ which has its roots in the ancient Knights Templar. Its principal Lodge named Willow House in Ayrshire, Scotland, is reputed to be the oldest in the world. The first known record of an active body of masonic Knights Templar in Ireland was ‘The High Knight Templars’. In the eighteenth century the degree of Knight Templar was conferred in independent Encampments and in Craft Lodges. There exists a minute containing this degree being conferred on 18 August 1769. In 1805, the early Grand Encampment of Ireland laid claim to the fact that Templar Masonry had “subsisted in the city of Dublin for over a century”. The claim may attach an element of speculation, but there is evidence that it had at that period subsisted for at least fifty years; and in a parody attributed to Jonathan Swift (1667-1745) D.D, Dean of Saint Patrick’s Cathedral, Dublin, a reference would appear to confirm its existence in the year 1724. Also proceedings recorded at the Protestant Trinity College, Dublin in the fourteenth century indicate the earlier presence of Knights Templar.  A number of legendary ruins and ancient structures said to be linked to the Knights Templar can be visited throughout Ireland.

In 1830 during repair of the Limerick bridge over the River Abbey a brass object was found at the bridge foundations.   Dated 1507 the writing was worn but legible with the words   I will strive to live with love and care, Upon the level By the Square. Reputed to be one of the oldest masonic objects in the world, it is preserved in the Union Lodge No. 13 in Limerick. Numbered replicas have been made and are displayed in several masonic halls and lodges in Ireland and abroad. There are also lapel pins.

The Grand Masters of the Orders of the Temple in Ireland are well annotated along with their status and titles, with the Duke of Leinster listed as the first in 1836 down to the Grand Master serving in 2018.

The Grand Lodge of Freemasons of Ireland was established in Dublin around 1725, one of the oldest in the world, as the autonomous governing body of the organisations in Ireland. During the eighteenth century there was a rapid growth of the society when hundreds of lodges were established throughout Ireland meeting in taverns or coffee-houses. By the 1860s work had begun on the Freemasons’ Hall in Dublin’s Molesworth Street which, having been opened in 1869 still serves as headquarters of the Irish Freemasonry. It governs the Masonic Fraternity within Ireland and a number of geographical provinces overseas. Irish Freemasonry boasts around 22,000 members at home and abroad. The Freemasons’ Hall in Belfast is situated in the city’s central Arthur Square. The membership in Ireland is said to lean more towards the protestant part of the population. While coordinated, the different Masonic lodges operate autonomously.

In the protracted period of political, military and religious upheaval in Ireland, many prominent and influential members of Irish society had joined the fraternity as freemasons. Well known is John Toland (1670-1722), a controversial pioneer of polemic, pamphletic journalism, who travelled extensively around Protestant Europe in the early eighteenth century as a central figure to promote freemasonry. Theobold Wolfe Tone (1763-98) was a founding member of the United Irishmen movement who, having been largely forgotten, became a martyr figure in Irish Revolutionary Nationalism in the late nineteenth and early twentieth centuries. Other notable freemasons included Edmund Burke (1729-97), Henry Joy McCracken (1767-98), Daniel O’Connell (1775-1847) Ireland’s national Catholic ‘Liberator’, Oscar Wilde (1854-1900), William Butler Yeats (1867-1939) and many more.

Note : Acknowledgement is given to encyclopaedic and other sources used in preparation of this text. Earlier texts by the author have been published about Edmund Burke, Henry Joy McCracken, Daniel O’Connell, Oscar Wilde and William Butler Yeats. *Issue No. 79 Mars/Avril 2021 (pages 23-31) of the French publication Franc Maçonnerie is dedicated to IRLANDE Légendes et passions au Cœur de la franc-maçonnerie. www.fm-mag-fr- Ita’s World