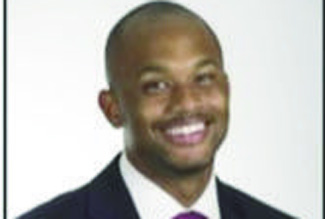 Haiti: The June Referendum and the Return of Duvalierism by Christian Nestor

Introduction – On June 27, 2021, a constitutional referendum is scheduled to be held in Haiti. Eligible voters will have the opportunity to vote for a new constitution, drafted by a small group picked by Haitian President Jovenel Moïse. This referendum is extremely controversial for a myriad of reasons and has met fierce opposition from many, including most in the Haitian Diaspora.

First, Haiti’s Constitution explicitly prohibits modification of the constitutional text by referendum. Second, many Haitian legal experts, including judges who sat on the Haitian Supreme court, have asserted that President Moïse’s term ended on February 7, 2021. Finally, many Haitians op pose the referendum because it expands the power of the president exponentially, turning the position into one with little accountability and almost no checks and balances. This referendum is extremely dangerous, and the Moïse administration should not even be trusted to hold fair and free elections.

Emerging, on February 7, 1986, from the 29-year dictatorship under two so-called “presidents for life” — François Duvalier and his son Jean-Claude—, the drafters of the 1987 constitution were very wary of the president of Haiti having too much power. In February 2021, the Independent Consultative Committee, set up by the Moïse Administration, published a new draft constitution to the public. That draft constitution is extremely problematic, especially given the corrupt nature of the Moïse administration.

That administration uses gangs in Haiti to maintain control of the citizens, similar to the way the Duvalier regimes used the Tontons-Macoute in their administrations. One example of the Moïse administration’s involvement with gangs is his link to Jimmy “Barbecue” Chérizier, involved in the La Saline Massacre on November 13, 2018. According to UN reports, 15 to 25 civilians were killed over a 24-hour period. In the aftermath, two senior government officials, Joseph Pierre Richard Duplan, a former Port-au-Prince mayor who served as the president’s representative for the West region, and Fednel Monchéry, the executive director of the Interior ministry who has been implicated in a U.S. visa scandal, were investigated for playing an active role in the massacre. Finally, in December of last year, the United States Treasury Department imposed sanc tions on Mr. Moïse’s close allies — including Duplan and Monchéry as well as on Chérizier — for providing political protection and weapons to gangs that targeted opposition areas, making special mention to the La Saline massacre.

Along with his administration actively partnering with gangs, President Moïse has been implicated in the fraudulent and illegal management of government assets in various ministries. Under PetroCaribe, a strategic oil alliance signed with nearby Venezuela in 2008, Haiti saved precious dollars by buying fuel at curt rate prices from Venezuela and benefitting from deferred payment on a large portion of the debt, up to 25 years. Successive governments were supposed to use the extra money to develop the economy and fund social programs. Instead, at least $2 billion were unaccounted for from the budgeted funds and another $2 billion just disappeared. In 2020, Haiti’s High Court of Auditors released a report in which the judges condemned current Haitian president Jovenel Moïse for being at the heart of an “embezzlement scheme” in relation to the PetroCaribe Fund, even before he took office.

Article 284.3 of the 1987 Haitian Constitution strictly forbids general elections to amend the Constitution by referendum. Moreover, Article 282 of the Constitution specifies the only way an amendment may be added is on the recommendation of the two Houses or of the Executive Branch. But it’s the Legislature which may declare that the Constitution should be amended. Article 281-1 further explains that the declaration must be supported by two-thirds of each of the two Houses. Finally, amendments to the constitution may be made only in the course of the last Regular Session of the Legislative period and shall be published immediately throughout the territory to be passed. But President Moïse, unilaterally, has called for the June 27 constitutional referendum. To be noted, in 2019, President Moïse’s government failed to hold timely parliamentary and municipal elections, either through sheer incompetence or simply in bad faith. With no functioning Parliament (besides no elected mayors and other local officials) to pass any legislation, Moïse has transitioned into governing by decree since after he engineered the dysfunction of Parliament on January 13, when the mandate of all Lower House members and of 10 senators expired, Singlehanded, he illegally dismissed 10 other senators, reducing the Senate to 10, thus unable to have quorum in a membership of 30.

In one of his decrees, Moïse created and installed the nine members of a Provisional Electoral Council (CEP) after a divided Haitian Supreme Court opted not to swear them into office. The CEP is the sole agency responsible for presidential and parliamentary elections. President Moïse’s appointed his provisional Council with the specific purpose of preparing a referendum for a new constitution. Without being sworn in by the Supreme Court, as constitutionally mandated, the CEP has no legal basis and is not legitimate. The country’s highest court must play its role of guarantor of democracy and enforcer of the rule of law in Haiti. President Moïse does not have the authority, under the 1987 constitution, to unilaterally call for a constitutional referendum without approval of two-thirds of both Houses of the Legislature. Further, the CEP that he formed has no legitimate power to oversee any election or a referendum.

President Moïse is no longer the rightful president of Haiti. Based on the electoral law under which he was elected, his term began on February 7, 2016, although there was an interim president who stood in for a year, after a canceled election. While Moïse did not officially take the reins of power for another year, the constitutional five-year term of a Haitian President, according to the 1987 constitution, should have ended on Sunday, February 7, 2021. All legal experts agree that it is so. President Moïse has refused to step down, despite the relentless pressure from all sectors of Haitian society. In response to demonstrations against his administration, President Moïse has used gangs to disperse crowds of protesters.

The new constitution that President Moïse is proposing raises several alarm bells. There are several worrying provisions he has included in his new constitution that drastically increase the powers of the president. In his new constitution, President Moïse plans to dissolve the Senate completely, leaving only the House of Deputies which, like the last one, the majority of the members being of the ruling PHTK, Bald Headed, party, named after its bald-headed founder, former President Michel Joseph Martelly. Moïse also plans on abolishing the position of prime minister, replacing it with a vice president. The prime minister of Haiti is the head of government. That office was created under the 1987 Constitution, to curtail the power of a Duvalier-style presidency in which the Head of State appointed and chaired the Council of Ministers. Moïse plans on consolidating all executive power in the hands of the president and have a vice-president whose purpose is only to support the activities of the president, Thus, no Prime Minister who could serve as a check on the power of the President. Along with abolishing the position of prime minister in the new constitution, Moïse expands the power of the president to be able to intervene in social, economic and environmental crises, usurping the power of Parliament. Another very disturbing addition to President Moïse’s constitution is the article that would provide immunity to the president and members of his cabinet. In the light of the PetroCaribe scandal, President Moïse provides himself and his administration protection from prosecution by the Haitian Courts. This provision is extremely dangerous and would only increase corruption in future administrations.

The Moïse Administration’s Defense of the Referendum In the first of a series of town halls that the Haitian Embassy in Washington, D.C. sponsored, two members of the CEP, Mathias Pierre and Guylande Mésadieu, along with Diaspora leader Mona Jean sat on a panel on Tuesday April 13, 2021, to explain President Moïse’s referendum and answer the questions and concerns the Diaspora had with the referendum. They explained that, as of March 2021, Haitians abroad would be eligible to vote while living abroad, if they have a national ID card and that they could submit their ballots at local consulates. They went on to say that President Moïse was a victim of a poorly drafted constitution and that was the source of much violence and economic difficulty in Haiti currently. They further argued that it was the opposition which first requested a change in the constitution, and he was just doing his duty as President and making the constitution better. That, they reasoned, would improve the general quality of life in Haiti. They went on to explain that this constitutional referendum had nothing to do with President Moïse’s political ambitions because he does not plan on running for office for the next term. Al though one of the main themes of the town hall was that the Moïse administration wanted Diaspora participation in the electoral process, the panelists only accepted friendly questions that did not address the legitimacy of the referendum. When one Diaspora lawyer asked the panelists about the constitutionality of the referendum, his question was ignored. They only addressed other questions he had.

This referendum is not legitimate. It is unconstitutional, and the Moïse administration does not have the credibility to hold free and fair elections. Most recently, the UN announced that the situation in Haiti is not conducive to hold a constitutional referendum or an election. On Monday, April 12, 2021, the US State Department issued a Travel Warning, stating that it was too dangerous for Americans to go to Haiti. If the conditions there are so dangerous that the State Department is advising Americans not to travel to Haiti, how can independent election observers be sent to Haiti to have a critical eye on the democratic process. The chaos the Moïse government created has unified groups that otherwise would not be aligned with each other. We see both Catholics and Protestants uniting because nuns, priests and pastors are being kidnapped by gangs for speaking out against the government. Even Liné Balthazar, who heads the ruling PHTK party under the banner of which Jovenel Moïse was elected, has stated that there’s no possibility of a referendum, on technical matters as well as political.

Now, we must apply pressure on the Organization of American States (OAS) and the US State Department to change their posture on the referendum and the elections to follow, to prevent President Moïse or his successor from becoming the 21st century revival of the Duvalier regime.