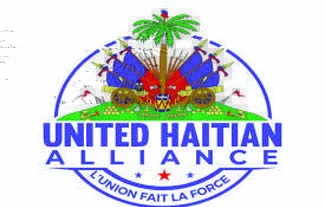 FLORIDA: The Haitian Vote may determine the outcome of the U.S. Presidential Election

Depending on Haitian fatigue or not, Donald J. Trump could end up with another four years in the White House, despite his dereliction of duty. For, American presidential elections are not decided by one-man one vote. If that were the case, in 2000, Al Gore would have been president instead of George W. Bush, and Hillary Clinton would have been our 45th president instead of Donald Trump.  The decision on who becomes president of the United States rests with the Electoral College. Many observers around the world, including students of democracy, are surprised that the most powerful man in the universe is not elected by the people he deems to represent.

The Electoral College is part of the fabric of the United States. The system evolved with the ratification of the U.S. constitution around 1787 and was designed to prevent the “tyranny of the majority,” favoring mega metropolitan constituents against rural ones. The framers were concerned about relying on popular majority or powerful political fractions. When American citizens cast ballots for president, they are actually voting for a slate of electors appointed by the bigwigs of the two major political parties, the Democratic and Republican parties. In turn, those electors pledge to vote for the party’s candidate.  There are 538 electoral votes, 270 are needed to win the presidency. Since popular votes do not matter as much, the candidates focus their attention on certain key states that could help them win the 270 electoral votes.

This system has not always worked the way it was intended because, unintentionally, an elected candidate may lack legitimacy for not winning the popular vote. Case in point, in 2016, Donald Trump was declared the winner though Hillary Clinton received 3 million more votes than he did. Thus, did he end up in the White House? This scenario had occurred at least half a dozen times in the more than two centuries of the Republic, starting with the presidency of John Quincy Adams in 1824.  Some U.S. presidents have been deemed elected without obtaining the vote of the majority that is more than 50% of the voters. Most recently, Bill Clinton, in 1992 and 1996, was awarded the presidency with a plurality, not a majority, of the popular vote.

This election season, the Trump campaign has a laser focus on key battleground states, such as Florida, Wisconsin, Ohio, Michigan, and Arizona. Those states potentially could help him amass as many electoral votes as possible towards the 270. Recent polls have shown that Joseph “Joe” Biden is leading in most of these battleground states. According to the latest polls, he would beat Donald by as much as 13 points. A cautionary note for our readers: In 2016, Hillary Clinton was shown to have exactly that same percentage advantage.

The polls cannot be trusted because Trump voters do not always tell the truth about their intentions to vote for him. Many secret Trump voters will not admit publicly that they are Trumpists, thereby representing a daunting challenge to the pollsters and the slew of political observers.

As of this past weekend, in Florida, Biden was leading Trump by just one percentage point – not a reason to celebrate. That is within the margin of error, making it insignificant. In 2016, the Haitian community in Florida helped Donald Trump win the state. It’s estimated that more than 10,000 Americans of Haitian ancestry in Little Haiti and other parts of Florida who, otherwise, would have voted for Clinton decided to vote for Trump.

Donald Trump gained that much support from the Haitians when he went to Little Haiti in Miami to meet with some leaders of the Haitian community. During that meeting, he made several promises, beginning with his “I will be your biggest (sic) champion.” None of them was kept. Instead, he fought hard to suspend TPS (Temporary Protected Status) for Haitian refugees who had been living in the U.S., following the 2010 earthquake in Haiti.  He tried, though unsuccessfully, to get rid of Obamacare, an affordable healthcare plan from which many Haitians in Florida benefit. He called Haiti “a shithole country,” along with El Salvador and African countries

On another front, his administration has been the strongest supporter of the lawlessness in Haiti under the supervision of Jovenel Moïse, the Haitian president. Most recently, he sent rapper Kanye West to meet with President Moïse in a move to show Haitian voters in the U.S. he has renewed his interest in Haitians. Also, don’t think that nominating Judge Amy Vivian Comey Barrett to the Supreme Court of the United States to replace the late Judge Ruth Bader Ginsburg has nothing to do with Haitians. She happens to have adopted two, now teen-age Haitians, who were prominently displayed at the White House on Saturday, October 3rd, when their mother was being presented to the nation as President Trump’s choice.

Despite Trump fatigue in the Haitian community, he could win another four-year term, if he were to corral enough Haitian voters in Florida, as he did in 2016. In an interview in the Florida Sun Sentinel in June 2017, Daniel Smith, a professor of political science at the University of Florida, had estimated that there were at least 106,000 Haitian-born naturalized American citizens. These did not include U.S.-born citizens of Haitian ancestry. In the past three years, those numbers have increased significantly. In other words, Haitians, who usually vote in bloc, could be the power brokers in the 2020 presidential election in the United States.

Indeed, Florida’s 29 electoral votes could be the deciding factor in this presidential election, and -he Haitian American votes in Florida could make the difference. Since Florida is a winner-take- all state, in 2016 Trump won Florida by just one percentage point 48.6% to Clinton’s 47.4%. Trump received 112,911 more votes than Clinton out of about 9.5 million cast. Many of those votes could be attributed to Haitian Americans in counties like Miami-Dade and Broward.